Factor is a general-purpose programming language which has been in development for a little over five years and is influenced by Forth, Lisp, and Smalltalk. Factor takes the best ideas from Forth -- simplicity, succinct code, emphasis on interactive testing, meta-programming -- and brings modern high-level language features such as garbage collection, object orientation, and functional programming familiar to users of languages such as Python and JavaScript. Recognizing that no programming language is an island, Factor is portable, ships with a full-featured standard library, deploys stand-alone binaries, and interoperates with C and Objective-C. 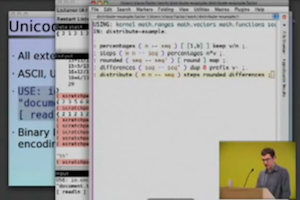